on November 26, 2017
Following the launch of my first book I received an invitation today to speak to the Waterford Archaeological & Historical Society annual lunch.  I decided to give a short presentation about one aspect of the local heritage which is featured in my book, that of the Cheekpoint Mail Packet Station.

In an era of rapid and perhaps instant communication, it might come as a surprise to younger readers to realise that in the past, communication was a slow and very often weather dependent activity, involving stage coach, ships and very hardy individuals. The Mail Packets of the 18th and 19th Century were the means by which such communication happened and had originated in Tudor times to essentially carry packages to and from British embassies, colonies and outposts.

The mails to the Waterford area at that point were an ad hoc affair, and a great account can be gleamed from the visit of Arthur Young to the area in 1776, indeed it is arguable that we would not have had his visit but for the precarious nature of the packets at the time. We've met with Young before. He had traveled the country on an agricultural tour and was to embark a packet at Passage for a return to England. The captain made all manner of excuse not to sail though, and realising the delay was to build up a passenger manifest, the traveler decided to invite himself to Ballycanavan, then seat of the Bolton estate.
At the time the Packet boats had evolved to carry packages of business/government and domestic mail, passenger, and freight transportation between European countries and their colonies. However the service out of Waterford, and based at Passage East was a privately run operation, carrying post, but depending also on passengers and freight to generate income. The official postal route between London and Ireland was Holyhead to Dublin.

All this was to change however and it did so in conjunction with a move of the packet station to Cheekpoint. Pressure had been building on the postal service via business interests in the Bristol and the Waterford area for some time. Correspondence was highly irregular on the existing private service, as Arthur Young found to his cost, and the official channel via Dublin was slow, when road transport between the capital and the cities and towns of Munster was factored in. Further leverage in the campaign for a regular service appears to have been the need for up to date intelligence on the French fleet during the Napoleonic wars. This excerpt from a letter of the time appealing for the service "...a few Hours in the arrival of a dispatch might be the means of taking or destroying a fleet of the Enemy or saving our own..." (Antell: p19)


By 1786 the Post Office began working to make a second route to Ireland a reality and the Cheekpoint Packet officially commenced on 5th April 1787 with one ship and one sailing a week. The service would cater for 38 towns in the southern region, all of which was routed through Cheekpoint. It must have been an early success because by June of that year the packet had extended to five trips a week and by August five ships were running 6 days per week, every day but Saturday. (Antell: p19-20)
In 1790 Thomas Owen was given a 7 year contract to the value of £1,200 PA to run the service. He lost this however to Samuel Newport in 1793, (Antell: p20) but we can only speculate that Owen continued to manage the service on Newports behalf.

An amazing record was set during this time. The distance between Cheekpoint and Milford Haven was 85 miles. It was covered on one occasion in 8 hours, but the average seems to have been something between 9-15 hours. The ships being used were cutters of about 80-90 tons and known for their speed. Some of the ships running on the service in 1788 were; Carteret, Walsinghm, Ponsonby, Clifden and the Tyrone . (Antell: p20)

In 1810 plans were announced to develop a new harbour at Dunmore east and with the death of Thomas Owen in 1813 the packet moved, initially to Passage and eventually to Dunmore East in 1818. In 1834 the service relocated to the city of Waterford and continued to run to 1850.
The criticism against using the harbour at Cheekpoint was its distance from the harbour mouth. Sailing ships had to depend on tides and wind to aid their journey up river. However, steam power was already on the way, and its interesting to note that as early as 1824, they were employed on the Milford - Dunmore route. (Antell: p37) One can only speculate that if steam had been introduced a decade earlier that Cheekpoint may have continued to hold it's place, and the village as we now know it would have looked considerably different.

My new book is titled Before the Tide Went Out.  I have a dedicated page that you can visit for reviews, an outline and details of your nearest stockists etc.  Click here

Its also available to buy direct online for €15 plus €3.50 P&P anywhere in the world: 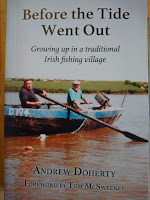 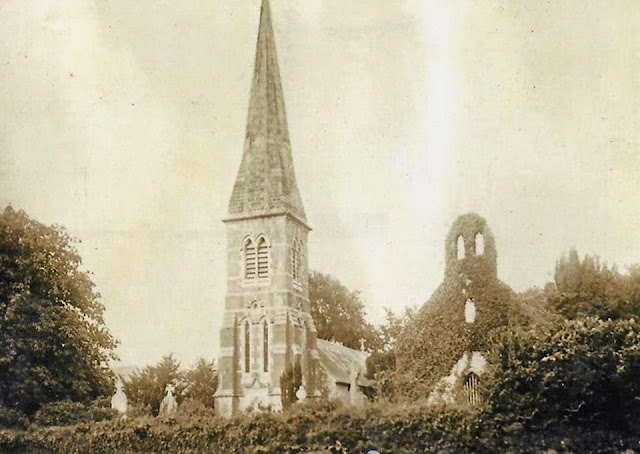 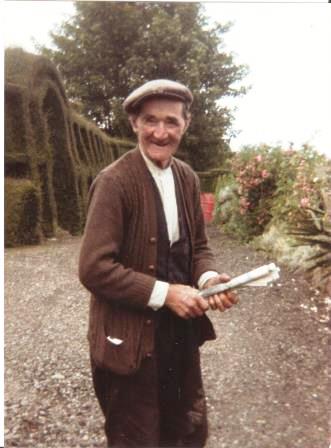