Roses from the Heart

on March 07, 2017
I could heartily recommend to anyone in Waterford city in the next two weeks, to call to Central Library in Lady Lane and take a few minutes to view an art project, from which I take this blog title. The Roses from the Heart project is a means of highlighting the plight of thousands of women who were transported to Australia for the most basic crimes.  300 of these women were from Waterford.

Regular readers will know that I recently published a blog on Waterford people who suffered the penalty of Transportation. The blog dealt in general with the practice, and the specifics of a true Waterford hero Thomas Francis Meagher. But the reason I picked the topic of transportation was because of the Roses from the Heart. A project that seeks to remember another kind of hero, or rather heroines. 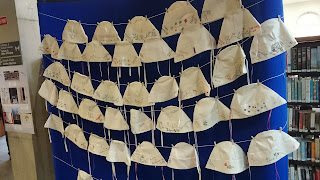 My wife Deena had brought the story home last week following her attendance at the local knitting and crochet group.  A member, Alice O'Shea had explained about the project, and how she along with others had taken on the task of decorating a ready made bonnet in memory of the Waterford women that had been sent away.  I believe the lady who coordinated in Waterford was Ruth Murray of Heart Creations.

The project is the brainchild of a Tasmanian artist named Christina Henri. Christina chose the concept of a cloth bonnet, which was a typical garment worn by the women. Through it she hoped to raise an awareness of, and a memorial to, the 25,566 women who were transported. 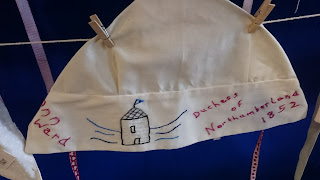 Alice had made her bonnet to the memory of a 46 year old Waterford woman, Alice Power.  Alice was 46 years old, a wife and a mother of 5 children.  Her trial was heard in Waterford in 1830 and she was sentenced to transportation for 7 years. Her crime was of receiving a stolen handkerchief.  She like the others would have been taken to await a ship at Grangegorman in Dublin, and hence to Dun Laoighre, for the horrific sea journey to the southern colony.  She departed on the Hooghly on the 24th June 1831 arriving in New South Wales on the 27th September.  According to the record she had at least one other Waterford woman as a companion, Ann Searson. Her crime; vagrancy! Once there she like the others would have been forced to work, and were at the mercy of their employers. When the sentence ended they were free to stay on the Australian continent or leave if they had the means. It would surely be impossible to countenance what Alice or her family experienced from this remove. 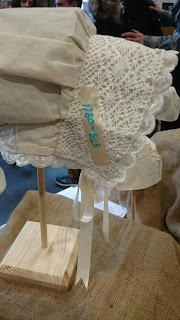 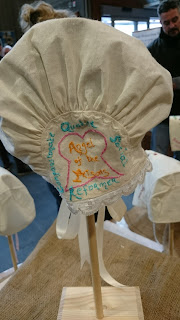 Christina's current project is called "Bringing the Roses home to Ireland" and there are currently 60 bonnets on display in Central Library.  There is also a list of all those from Waterford who were sent away.  So if you have an interest in history or fascinating art installations, consider making it along to the library in the next few weeks.  I believe Christina will be talking at the Granville Hotel about the project on Thursday March 14th.  Also on show is a fascinating exhibition curated by Ann Fitzgerald of the Waterford Women's Centre and Andy Kelly on famous Waterford Women.  This is to celebrate International Women's Day.

All told both displays represent a celebration of many incredible women, some famous, some less so, but all deserving to be acknowledged and remembered.

My Facebook and Twitter pages are more contemporary and reflect not just heritage
and history but the daily happenings in our beautiful harbour:
F https://www.facebook.com/whtidesntales  T https://twitter.com/tidesntales
Roses from the Heart Transportation to Australia